If you own a house, one of the worst nightmares you could have is a burst water pipe. This is because you will have different issues coming up.

First and foremost, you will have water leaks. It will also cost you a great deal of time in repair. To add insult to injury, you will incur plumbing expenses to fix it. Furthermore, burst pipes that do not cause huge leaks could gradually develop mold growth which thrives in damp areas.

So why do water pipes burst in the first place? This question is important because prevention is better than cure. You can only be able to prevent water pipe bursts if you know the causes of the burst. Here are 6 reasons why your water pipes burst.

Most of the pipes that are designed for home use can support the pressure of up to 45psi. When pushed to the limits above 70psi, the pipes become vulnerable. High water pressure could be caused by several factors: 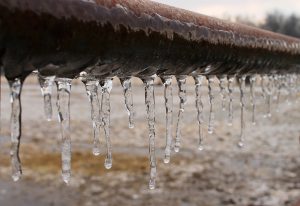 Winter comes with its own set of problems. During the cold season, water pipes tend to freeze when temperatures fall below 0 degrees celsius. Water that was flowing in these pipes will also freeze. When the water in these pipes continues to freeze it tends to freeze in one area or section of the pipe. When this happens, the pressure is applied on the pipe and as a result the pipe bursts.

Bursting caused by freezing can be dealt with through putting faucets on a drip. This works because if water flows you can prevent freezing in one place.

If a clog exists in your pipes, there will be a build-up of undue pressure. As the pressure builds up, it may get to a point that is too high for the pipes leading to cracks and bursts.

Water pipes could be clogged by various elements including soil particles, food, hair from bathrooms, among other particles. To deal with the problem of clogging, you should just be wary of what goes down the drain. The corrosion of pipes is a slow process that takes years.

As water pipes get used there is a possibility of wear and tear, especially if you are using steel pipes. The pipes slowly corrode getting thinner and finally bursting open due susceptibility to pressure.

Sadly, if you are using steel pipes there is very little you could do to prevent the corrosion. Instead, you could replace the pipes once they have been used for some years. Alternatively, you could opt for plastic or copper pipes which are more resistant to corrosion.

Trees are known to extend their roots far and wide. This is even known to cause cracks on walls. However, walls are not the only casualties of the root encroachment. Once a tree root gets into contact with a water pipe, it may push the pipe. The push applies pressure onto the pipe and if the pipe is not strong enough it could burst.

Tree encroachment can be dealt through avoiding the installation of underground water pipes close to large trees. You should also avoid planting trees close to a water pipeline. This is important because there is little that can be done once the water pipe is close to trees.

Pipes burst at times as a result of soil shifting surrounding it. Soil shifting is caused by various factors including human activities such as construction works taking place close to the water pipelines.

Soil shifting could also occur naturally as the soil expands and contracts losing its structural integrity. Extreme weather such as heavy rainfall and long dry periods also causes soil shifting which in turn could apply external pressure onto water pipes causing them to burst.

You should avoid construction works close to water pipelines. There is little that can be done about natural causes of soil shifting. Instead, get good pipes that are resistant to soil shifting.

Pipe bursts will always happen and you should try to prevent them as much as you can. I have highlighted 6 reasons why your pipes burst and hope if it does you could identify the possible cause. You should also examine your pipelines to ensure that none of the factors mentioned leading to water pipe bursts. After all, prevention is always better than cure.